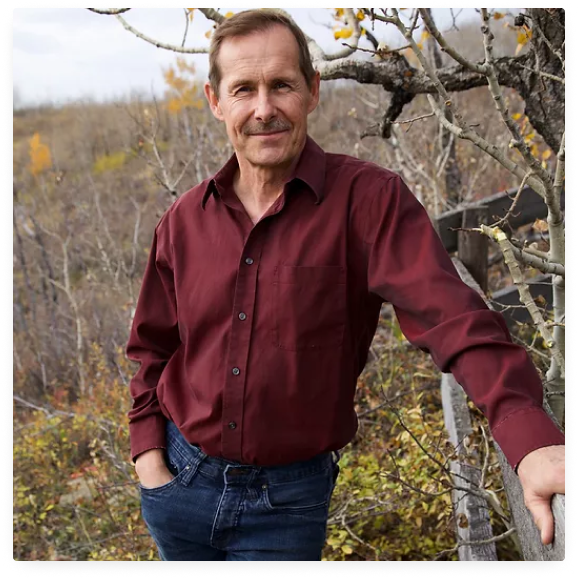 Dr. Curtis Wall is a chiropractor in Calgary. He has been providing quality care to his patients for over 20 years. He has never been disciplined for unprofessional conduct.

The College of Chiropractors of Alberta (CCOA), like most health profession regulatory bodies, enthusiastically and uncritically embraced government public health restrictions in the spring of 2020 and imposed on chiropractors onerous, harmful, and scientifically unproven working conditions.

In the case of the CCOA, this included a requirement that chiropractors wear a mask at all times, no exceptions, even for those with a disability or religious belief that rendered them unable to wear a mask. By doing so, the CCOA went further than any relevant government mask mandate, which at least exempted those with disabilities.

When the CCOA mask mandate was imposed upon chiropractors in May 2020, Dr. Wall wore a mask for several weeks in an attempt to comply. However, he discovered wearing a mask while working caused him anxiety and other health problems, negatively impacting patient care. Given the harm wearing a mask caused him, and understanding the ineffectiveness of masks, he decided in June 2020 to not wear a mask while working. His patients were understanding, and some were thankful because they appreciated being treated by someone not wearing a mask. Unsurprisingly, there is no evidence any of his patients were ever harmed in any way by Dr. Wall’s decision to not wear a mask.

Unfortunately, in November 2020, someone complained to Alberta Health Services (AHS) about Dr. Wall not wearing a mask in his clinic. True to form, AHS immediately closed Dr. Wall’s clinic and refused to open it until a month later, depriving Dr. Wall and his family of income for the entire month of December, and depriving his patients of chiropractic care.

Despite Dr. Wall providing medical verification of a disability that renders him unable to wear a mask, the CCOA Complaints Director at the time opened an investigation, appointed himself as investigator, and responded to Dr. Wall working without a mask by attempting to suspend his license to practice.

Such license suspensions are reserved for rare and urgent circumstances involving a high risk of real harm to members of the public, such as when there is evidence a professional is stealing from their patients, showing up to work intoxicated, or sexually abusing patients or staff. Fortunately, thanks to the efforts of Dr. Wall’s lawyer, James S.M. Kitchen, the CCOA was not successful in suspending Dr. Wall’s license.

The Complaints Director then demanded the matter go before a disciplinary Tribunal for a full hearing to determine if Dr. Wall acted unprofessionally and if he should be disciplined. The then Complaints Director appointed himself as prosecutor for Dr. Wall’s case on behalf of the CCOA.

As part of his defence, Dr. Wall submitted scientific evidence in the form of four expert opinion reports demonstrating the ineffectiveness of masks in preventing the transmission of respiratory infections, and the harms caused by masks. These include reports from an infectious disease specialist, a viral immunologist, a respirologist, and an occupational health and safety consultant. Several of Dr. Wall’s patients have also provided their evidence to the Tribunal in support of Dr. Wall’s decision to not wear a mask.

However, in early July 2021, the Complaints Director sought an adjournment of the hearing because he did not yet have any expert evidence prepared. The hearing finally commenced on September 1, 2021 with the hearing of testimonial and expert evidence.

The expert witness for the Complaints Director twice retracted portions of his opinion report and was repeatedly rebutted by Dr. Wall’s expert witnesses. Dr. Wall’s expert witnesses established that within minutes of wearing a mask the wearer begins suffering the toxic effects of oxygen deprivation and overexposure to carbon dioxide, and that the wearing of masks by asymptomatic people has no meaningful impact on the rate of transmission of SARS-CoV-2.

As with most hearings of this type, transcripts have been produced by a court reporter of the testimony of each witness, including the expert witnesses. The transcripts of expert witness testimony, which consist of many hundreds of pages, abundantly establish through scientific and medical evidence that the masks typically mandated to purportedly stop the spread of COVID are ineffective and harmful.

In early February 2022, Dr. Wall informed the Complaints Director that he would be exercising his rights to release to the public the transcripts of all the expert witness testimony.  The open court principle, the constitutionally protected right to a fair and public hearing, and freedom of expression all protect the right to publicly disseminate the evidentiary record of a legal proceeding.

The Complaints Director applied to the disciplinary Tribunal for a publication ban to make all the transcripts of expert evidence secret. As part of its application, the CCOA requested that, if the transcripts were permitted to be published, the identity of its expert witness be kept secret, to which Dr. Wall consented. Dr. Wall also consented to redacting the names of all CCOA witnesses, the tribunal members, and all the other lawyers involved.

The Tribunal issued a decision on March 15, 2022, denying the publication ban and ordering the release of the transcripts in redacted form. Following the March 15 Tribunal decision, the expert reports and transcripts were published on the LCC website, with redactions to protect the identities of those above.

Bizarrely, the CCOA objected to the use of the names of Dr. Wall’s own expert witnesses and claimed that by identifying his expert witnesses, Dr. Wall had breached the Tribunal’s order.

On April 6, 2022, the CCOA Complaint’s Director stated he was retiring, effective April 13.

On April 12, the Tribunal heard arguments from the CCOA and Mr. Kitchen regarding whether Dr. Wall breached its order by publishing the identities of his own expert witnesses. In addition to arguing that the names of Dr. Wall’s expert witnesses should be censored, the CCOA applied to censor statements on the LCC website describing Dr. Wall’s case.

On June 1, 2022, the Tribunal issued its decision, ruling that, by publishing the identities of his own expert witnesses, Dr. Wall “violated the spirit” of its March 15 order, and ordering the names of Dr. Wall’s experts be censored.

A virtual hearing open to the public will be held on June 16-17, 2022 at which the Tribunal will hear closing arguments on whether Dr. Wall has committed unprofessional conduct by not wearing a mask. Mr. Kitchen will be providing submissions and will argue the CCOA’s mask requirement and treatment of Dr. Wall was unlawful and that Dr. Wall was not unprofessional.

In Dang’s report, he pointed to several studies that show masks are not effective at preventing transmission in an operating room setting and thus would not be effective for public use.

June 1 2022 Decision of the Hearing Tribunal RE Publication of the names of Dr. Walls Expert Witnesses

July 2021 Report of Expert Witness for the Chiropractor College Redacted

Testimony of the Expert for the Chiropractor College_Redacted